Get fresh music recommendations delivered to your inbox every Friday.
We've updated our Terms of Use. You can review the changes here.

On a Weekend at a House by the Road 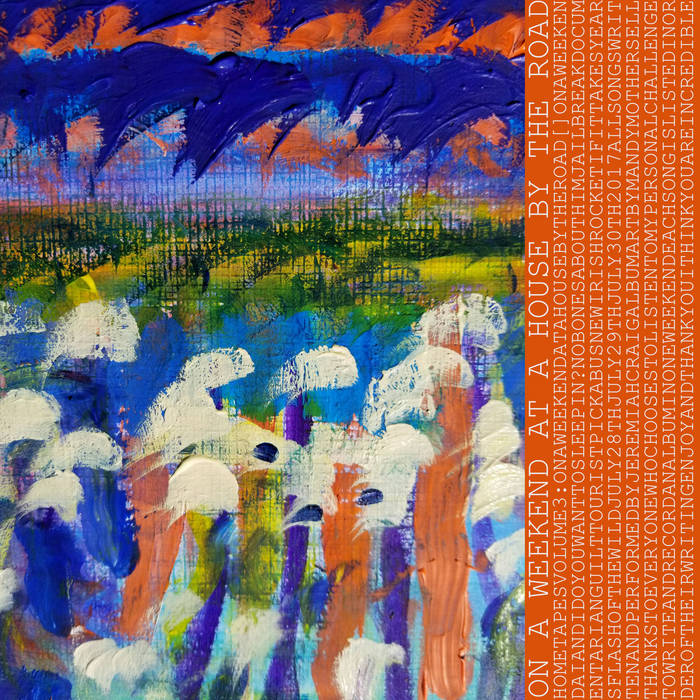 It's been one month since I wrote and recorded this. Kind of a long time considering. Especially since this entire project came out of challenging myself to write and record an entire album in one weekend. I wasn't planning on releasing any of the songs before I started. It was mainly a writing exercise but I like the result. The songs on this album reveal a progression that I feel is somewhat separate from the music itself. When you have the context of what time the songs were written and recorded over that last weekend in July, you can listen with an new perspective and maybe discover a few things. I know I did. So, I've included a Timeline in the download and on my website to give you that context and all songs on the album are in the order of when they were written and recorded. This project was something very new to me and I learned a lot about myself in the process. I hope you enjoy.

Huge thanks to Mandy Mothersell for the album art, Levi James for the lines on “Guilt Tourist”, Brynna Baldauf for her everlasting support and to you for spending your time with me.

I write stories with my songs and focus on traditional folk ballads as a foundation for my music. I’m a balladeer! If you like stories in the music you listen to, you’ve definitely come to the right place.

Bandcamp Daily  your guide to the world of Bandcamp